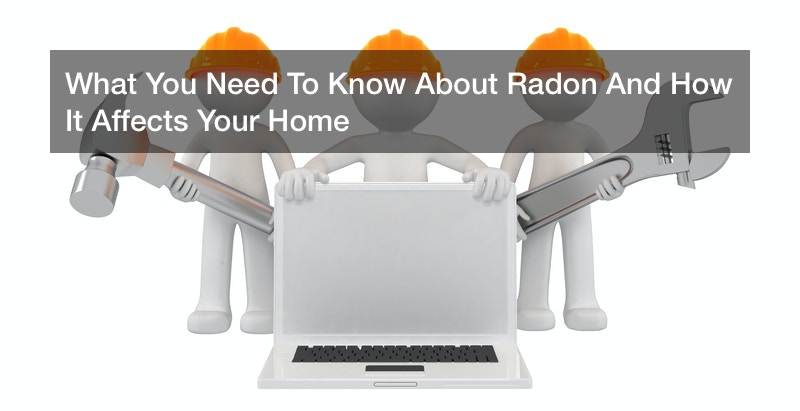 If you’re a fan of the TV show “The Office,” you’ve likely seen the episode where Toby, the office’s head of HR, is trying to explain the importance of radon test kits, much to the annoyance of regional manager Michael Scott.

The exchange is hilarious, but the harsh truth is that there’s nothing funny about radon.

What is radon? Simply put, it’s a radioactive gas that can cause cancer. Radon is often thought of as a silent killer and for good reason: you can’t see it; you can’t smell it and you can’t taste it. While it has some scientific uses, discovering radon at home or at the office is not a good thing.

Along with asking what is radon, you’re probably wondering, where the heck does radon come from? It forms as a result of the natural breakdown of uranium found in soil, water and rock. Eventually it gets into the air we breathe. It gets in your home by moving from the ground to the air and through the cracks of your home’s foundation. You often think of your home as being one of the safest places you can be, but it’s actually one of the places where you’re likely to face the greatest exposure to radon. In fact, it’s estimated that a family with a home with radon levels of 4 pCi/l is exposed to about 35 times more radiation as the Nuclear Regulatory Commission would allow if that family was standing near a radioactive waste site.


That exposure can have some deadly effects, especially lung cancer. The U.S. Surgeon General has warned that radon is the second leading cause of lung cancer in the U.S. today and affects smokers and non-smokers alike. Additionally, the Surgeon General’s Office estimates that as many as 20,000 lung cancer deaths are caused each year by radon. As if that wasn’t enough, the risk of lung cancer increases by 16% per 100 Bq/m increase in long time average radon concentration.

All of these stats may sound scary and rather than asking what is radon, you need to find out how it effects your home. About 1 in 15 U.S. homes is estimated to have radon levels at or above the EPA action level. The EPA also estimates that nearly 1 in 3 homes checked in seven states and on three Indian lands had screening levels over 4 pCi/L, the EPA’s recommended action level for radon exposure.

So the big question is after what is radon is what can you do to deal with radon at home? You can pick yourself up a radon test kit from a local home improvement store. When it comes to using it, here are some tips for getting the best reading possible: